Not What it Was Meant To Be

This weekend we had three extra visitors at our house. For me this meant it was time to try some new recipes that make too much food for our usual two-person household. My husband used his new Weber smoker and made the best pork I have ever tasted. It was even better than the barbeque we got used to while living in Memphis!

I on the other hand, made a new gazpacho-like dip with tomatoes, cucumbers, and serrano peppers from our garden as well as onion, bell pepper, olive oil and vinegar. It was great with tortilla chips -- I even had the leftovers last night.

But the recipe I was most excited to make was one that I have been holding onto since February...slow cooker chocolate cake. I went to the grocery on Thursday for a few last minute visitors-coming-to-town items and made sure I had all the necessary ingredients. I mixed the ingredients and put them in the slow cooker just past noon on Friday. Once our friends arrived and we were talking about making dessert in a slow cooker, something none of us had ever done, I realized I forgot to add the sour cream - now my cake would be super dry!

I was relieved that my mom was in town because she zipped over to the grocery and picked up chocolate pudding and Cool Whip. In less than 30 minutes she converted my chocolate cake into a layered death by chocolate and it was delicious. Unfortunately, I ate it so quickly that I don't have a picture of the whole thing or the process, but this is how it looks now: 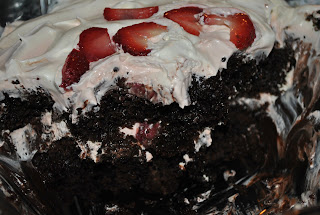 For the original recipe I used, visit With This Nest: http://www.withthisnest.com/2010/02/slow-cooker-chocolate-cake.html
Posted by Shannon at 7:11 PM 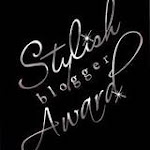